"Calling On The Name Of The Lord"

This command was also unclear to many of the Jews in the first century. The apostle Peter was preaching the gospel to thousands on the day of Pentecost wherein he quoted from the prophet Joel, "And it shall come to pass That whoever calls on the name of the LORD Shall be saved" (Acts 2:21). 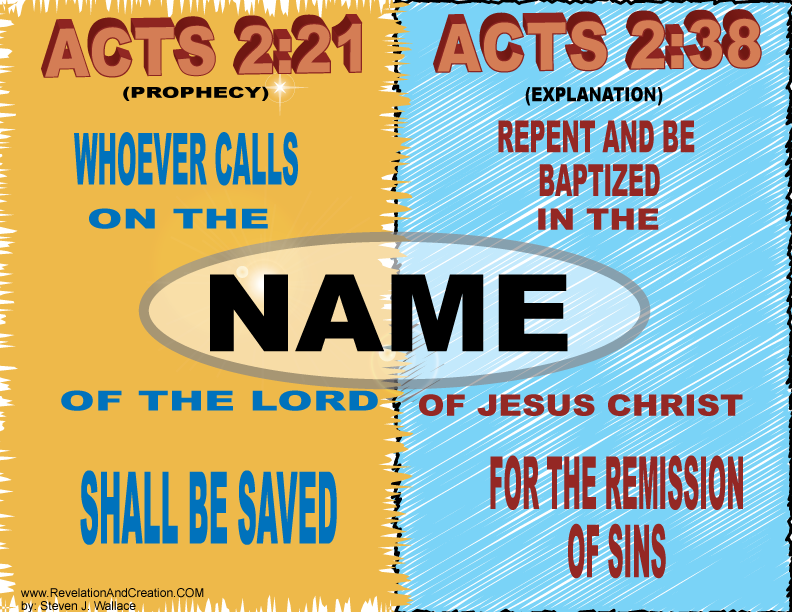 After he testified against their deeds, and after he gave irrefutable proof that Jesus was the Christ, the people were pierced to the heart and asked a very important question in Acts 2:37, "Men and brethren, what shall we do?" If they knew how to "call on the name of the Lord," they would not have asked, "What shall we do?"

Fortunately, we do not need to go on wondering either, for Peter explained what it was by commanding the people to, "Repent, and let every one of you be baptized in the name of Jesus Christ for the remission of sins; and you shall receive the gift of the Holy Spirit" (Acts 2:38).

Repent and Be Immersed

When the imperative commands of repenting and being immersed are fulfilled, then one has “called on the name of the Lord.”

The Example of the Apostle Paul

The same thing can be seen with the apostle Paul. He had actually seen the Lord and even called out to Him, “Who are you Lord?” as well as “Lord, what do You want me to do?” See Acts 9:4, 5. Even though Paul called out to the Lord, he had not yet “call upon the name of the Lord.”  Jesus plainly asked some in Luke 6:46, “But why do you call Me ‘Lord, Lord,’ and do not do the things which I say?” There is an obedient act that is required for the person to call upon the name of the Lord. “Not everyone who says to Me, ‘Lord, Lord,’ shall enter the kingdom of heaven, but he who does the will of My Father in heaven” (Matt. 7:21).

Not by Fasting and Prayer

As we look at Paul’s conversion to Christ, we next observe him not eating or drinking anything for the three days following his encounter with Jesus. Though he was blind, he filled the time with prayer (see Acts 9:9, 11).  Yet in all this fasting and prayer, he still had not “called upon the name of the Lord” because he still had sin which he needed forgiveness of.

“For there is no distinction between Jew and Greek, for the same Lord over all is rich to all who call upon Him. For ‘whoever calls on the name of the LORD shall be saved’” (Rom. 10:12, 13).

While there is no distinction between Jew and Greek and while God invites all to call, we also read, “But they have not all obeyed the gospel. For Isaiah says, ‘Lord, who has believed our report?’” (Rom. 10:16). Who then is the one who calls on the name of the Lord? It is the one who obeys the gospel in baptism. Faith that saves is faith that obeys.